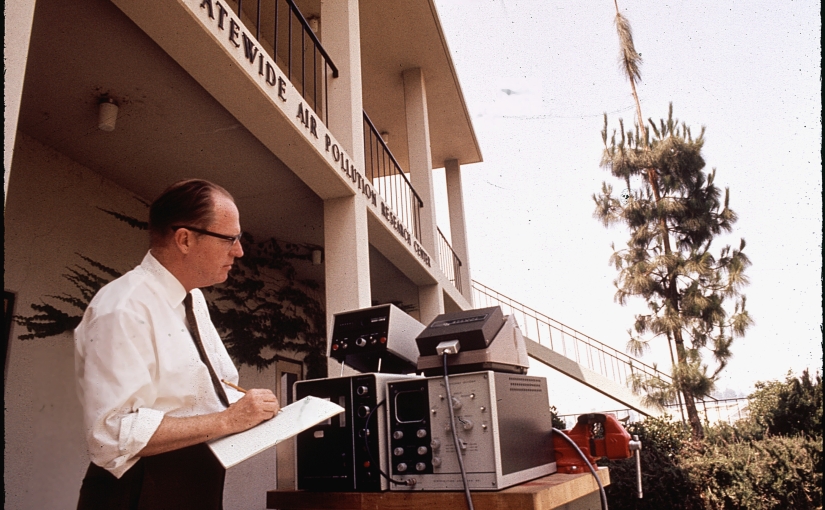 EPA Must Regulate Methane Emissions – Sample Script for Thursday, May 4, 2017:

(Please do not cut and paste!  Edit the script to make it your own and add personal commentary.  These scripts are designed to inform and are for inspiration and ideas!)

I want my EPA to do everything possible to help minimize the potentially catastrophic effects of global warming pollution. And this includes imposing rules and regulations on industry, especially oil and gas operators.  I am very concerned with methane emissions and am angered that Pruitt has already sent the EPA backwards by kowtowing to his fossil fuel friends in government and industry by reversing an order that requires oil and gas companies to provide the Agency information about their methane emissions and how they intend to control them.

Methane is a powerful greenhouse, a more potent greenhouse gas than CO2 with 86 times the heat-trapping effect on a 20-year time frame. Methane is responsible for about a quarter of global warming so far, and I am very concerned about its release into the atmosphere. Millions of tons of methane pollution leaks into the atmosphere every year from the oil and gas industry – the single largest industrial source of methane.

Pruitt is looking to reverse rules and regulations that industry and oil-friendly state government find burdensome.  It will be extremely burdensome on the American public when greenhouse gas pollution like methane emissions push the planet over the global warming tipping point and cause a release of natural methane from the seas and soils in arctic permafrost. Scientists warn of a 50-gigatonne reservoir of methane from thawing permafrost under the East Siberian Sea alone. Economists warn of an fiscal time-bomb from the impact of global warming.  “A release of methane in the Arctic could speed the melting of sea ice and climate change with a cost to the global economy of up to $60 trillion over coming decades.” *  And developing countries would bear the brunt – experiencing more extreme weather, flooding, droughts and negative health effects of the positive feedback loop of arctic melt.

Before Trump and Pruitt, America had forward-thinking leaders who initiated policy that directed the EPA to mitigate the impacts of methane emissions. The Global Methane Initiative (GMI), originally known as Methane to Market Partnership (MTMP), was initiated by world leaders and industry as well as EPA scientists under President George W. Bush.  The aim of GMI is to “reduce global methane emissions and to advance the abatement, recovery and use of methane as a valuable clean energy source”.  This program provides grant funding to research and assess methods that could reduce, trap and reuse methane. The focus is that methane can be seen not as a waste substance that is damaging our atmosphere but as a product that can be managed appropriately and harnessed as an energy source.

I am so dismayed that this administration shows its shortsightedness and intentional ignorance of science in its effort to repeal, replace and eliminate so-called burdensome regulations that have been decades in the making and have the potential to help humanity survive into the future and provide a positive cost benefit at the same time! I demand that the EPA continue funding for programs like the GMI because these are some of the most efficient dollars we can spend in addressing climate change. Also, the EPA must continue the progressive work of the following programs:

What is “Your Daily Docket”?

Your Daily Docket provides 3 weeks of daily scripts for public comments for the Proposed Rule, Evaluation of Existing Regulations, aka (in Trump/Pruitt’s minds) “how best to gut the EPA”.  Trump/Pruitt are likely expecting industry to flood the public comments docket with their wish lists, and call it a day on May 15 when the comment period closes. However, a quick look at the comments submitted so far have been more to the tune of, “I like to breathe. When I can’t breathe I get scared. I also like to drink water.”  https://www.regulations.gov/docket?D=EPA-HQ-OA-2017-0190

We want to encourage you and your neighbors to enter comments on the open docket early and often until the public comment period closes on May 15.

Your Daily Docket provides daily scripts for ideas and inspiration for your own comments. Take the daily comments and make them your own. We aim to make each Your Daily Docket speak to a particular issue.

Let’s use our collective voice for ourselves, our planet and future generations!